Catalogue to accompany the solo exhibition Lost Boat Party at Dovecot Studios, Edinburgh in conjunction with The Scottish Gallery.

Buy at the Scottish Galleryarrow_right_alt 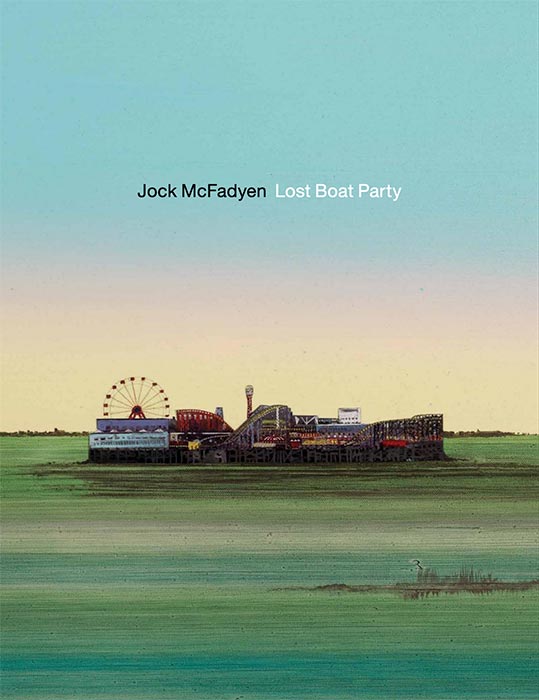 The definitive guide to the work of Jock McFadyen RA, written by the award-winning architecture critic Rowan Moore, this book creates a fascinating portrait of McFadyen, combining stories from McFadyen's life to give readers an in-depth analysis of his art.

Buy at the Royal Academyarrow_right_alt 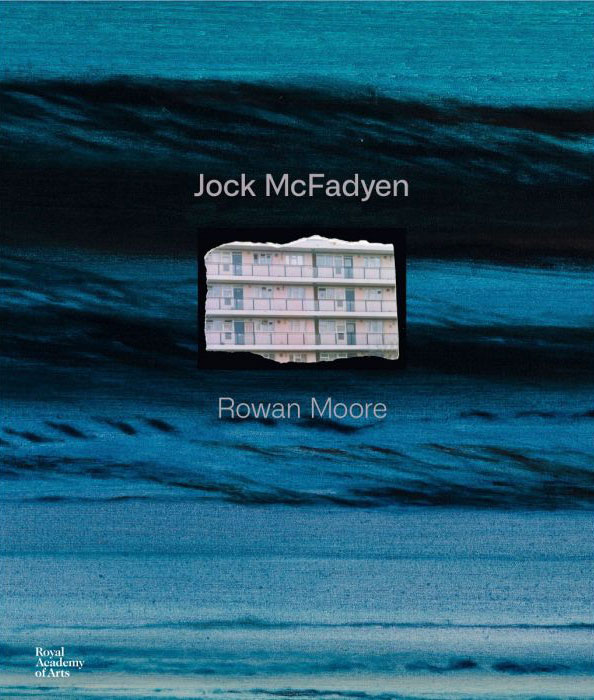 The Ability to Cling

Includes an interview with McFadyen by Bill Hare. 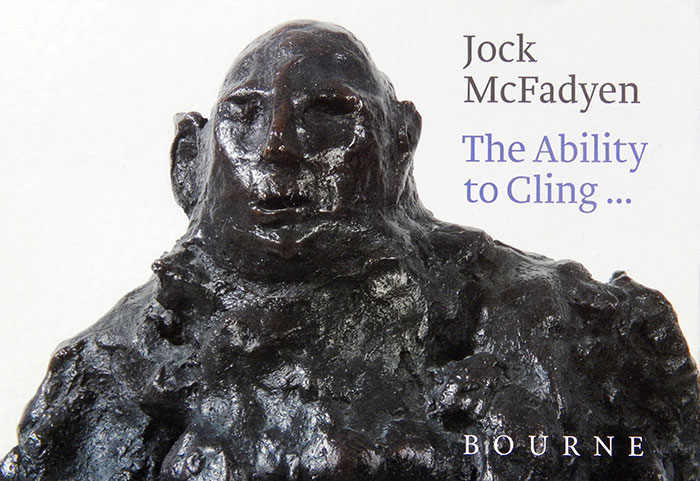 Jock McFadyen: A Book About a Painter

This first survey of painter Jock McFadyen was published by Lund Humphries in 2001. McFadyen describes himself as a realist, and his intense paintings describe the urban backdrop.

Human figures used to be central to these works, but having made pictures about London, New York, Berlin and Belfast, the locations have in many ways become the subject. In these monumental paintings, the central characters of his early work are replaced by commercial buildings, walkways, vomitories and the natural landscape. Although never part of any group or movement, McFadyen sees his main precedent as the line of British realism which includes Sickert, L.S. Lowry, the so-called School of London, and younger contemporaries such as Richard Billingham. He is close to the debate about painting and its relationship to contemporary art practice. He is also interested in those who have parallel concerns in other media. This book places the artist not simply within the recent history of British art, but also within the wider context of realism in film, the contemporary novel and music - from Hogarth to Punk and beyond.

About the Author:
David Cohen is an independent art critic and curator, originally from London, now based in New York City. His criticism has been published in newspapers and magazines around the world. 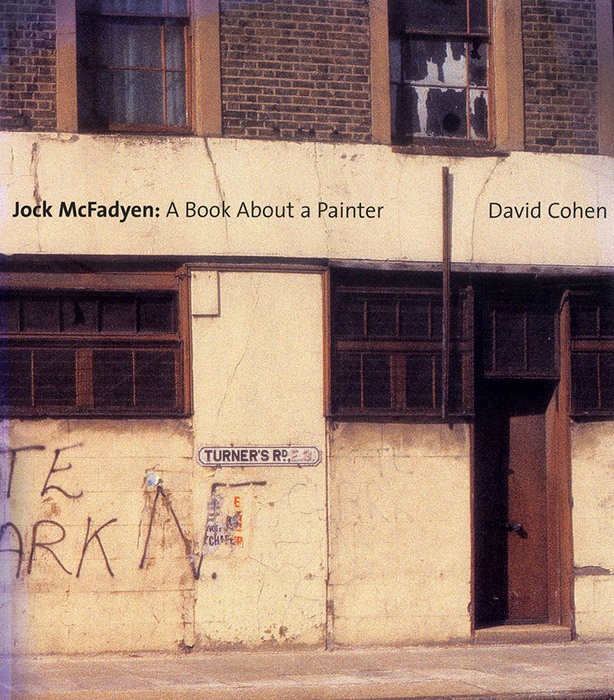 Published on the occasion of the solo exhibition 'Beyond Turner's Road' at Agnew’s, London, with story ‘Walking up Walls’ by Iain Sinclair. 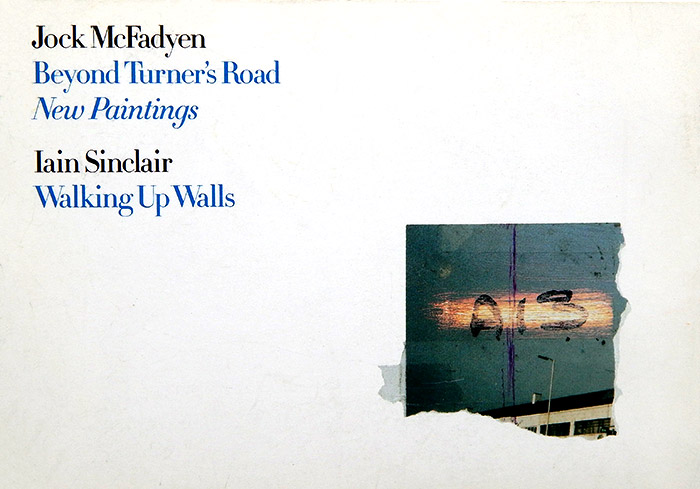 From Orkney and Other Places

Published on the occasion of the solo exhibition for St Magnus Festival at Pier Arts Centre, Stromness, Orkney. Prose by Will Self. 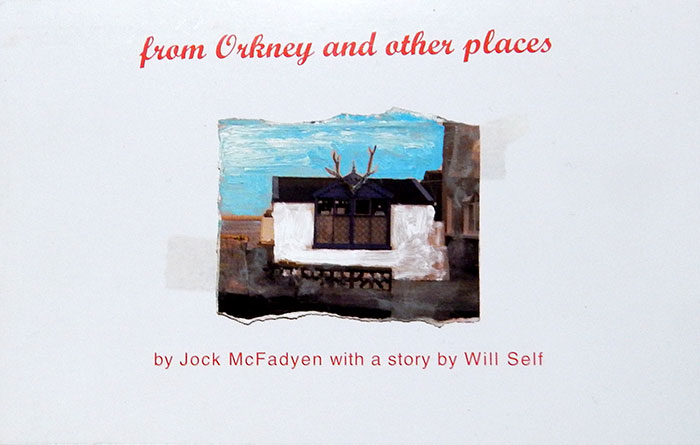 Looking Out to Sea

McFadyen seeks out the badly stitched seams in the city's fabric, revealing places for distraction, bingo halls, wastegrounds and tube stations. He highlights the paradox of a dark worldview, that is also strangely life-affirming. 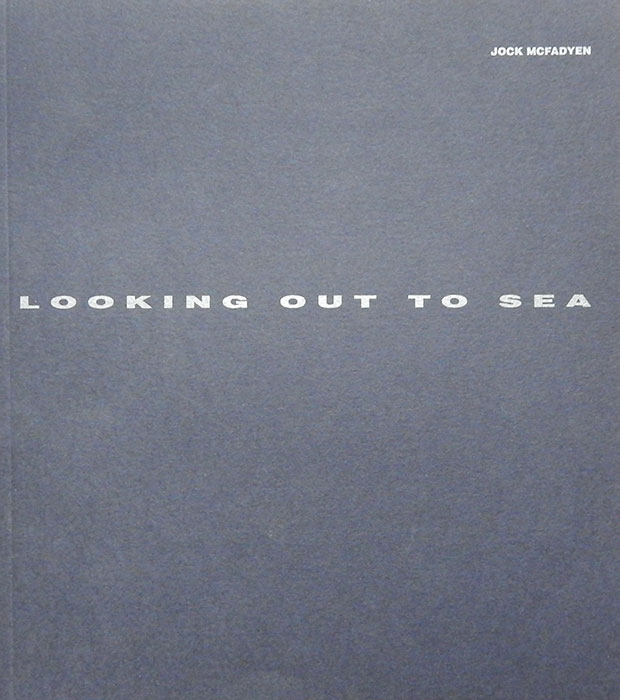 Catalogue for joint exhibition with Humphrey Ocean at The Whitworth Art Gallery, Manchester and touring, with foreword by Alistair Smith and story ‘Island Life’ by Will Self. 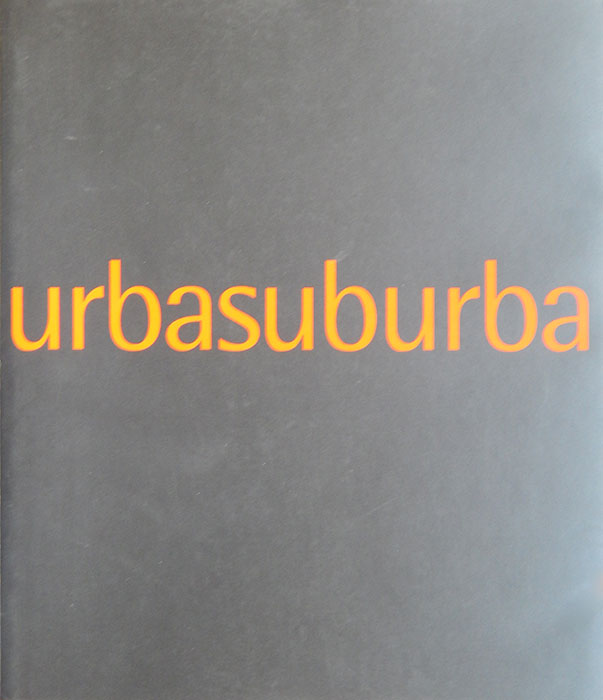 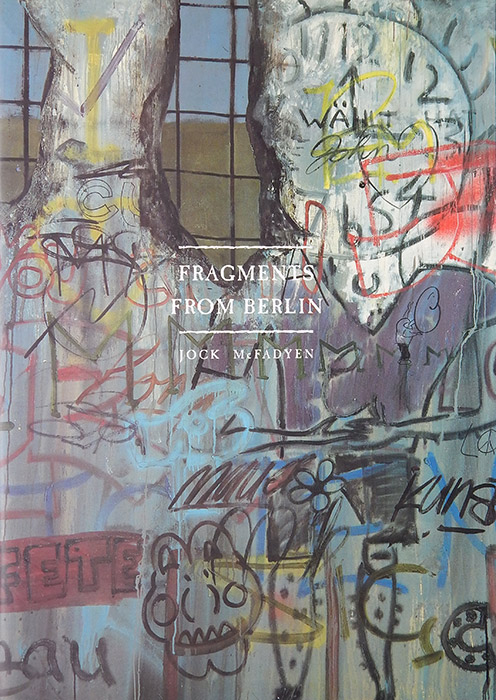 Paintings, Sculpture and Works on Paper

Catalogue for the solo exhibition at the William Jackson Gallery, London, with an introduction by Jeffery Camp and an essay by Howard Jacobson.

Paintings, Sculpture and Works on Paper 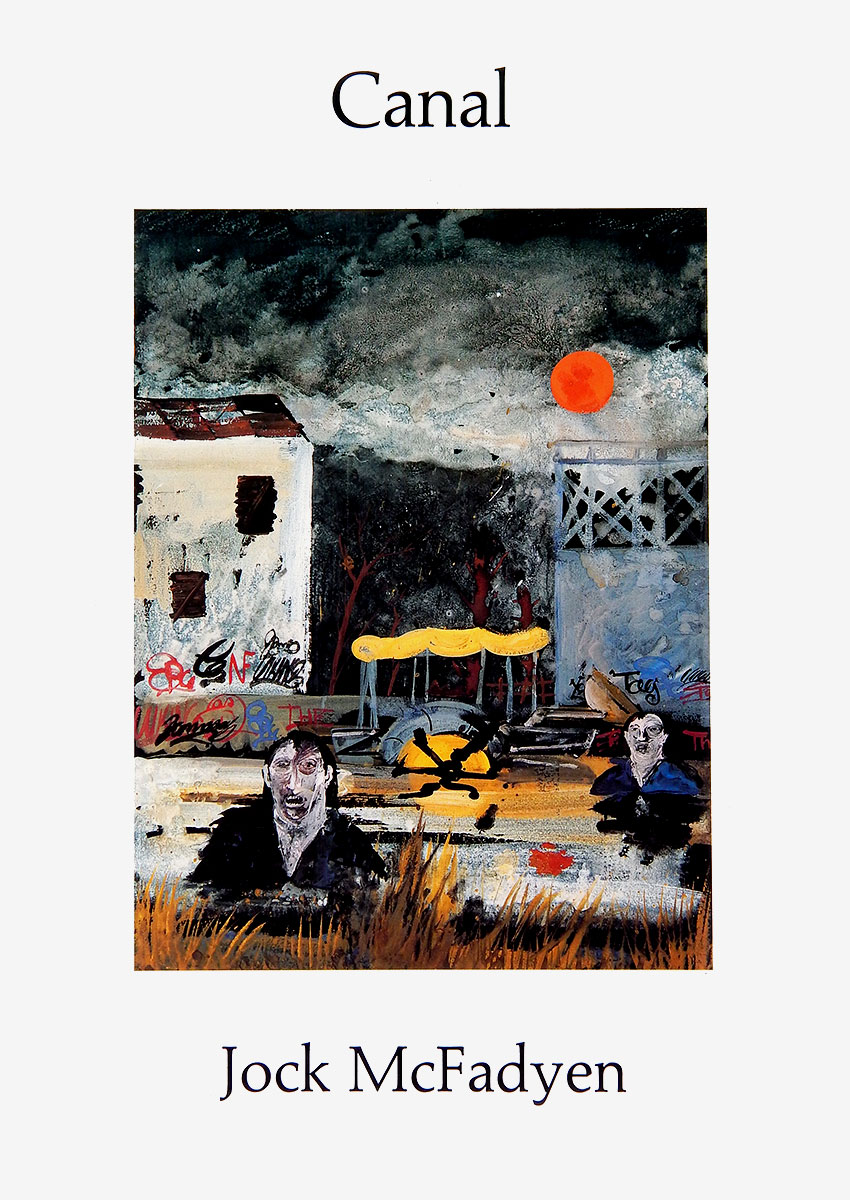 Exhibition of Paintings and Sculptures

Catalogue for the solo exhibition at Forum, Hamburg, with an essay by Mary Rose Beaumont. 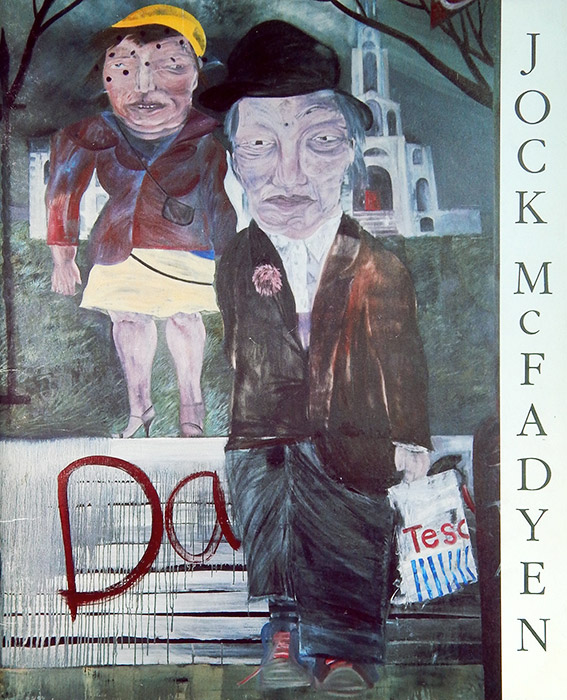 Exhibition at the Northern Centre for Contemporary Art

Catalogue accompanying the solo touring exhibition organised by the Northern Centre for contemporary Art, with an essay by Lewis Biggs, ‘Realism in Art, or a slap in the face with a wet Kipper’. 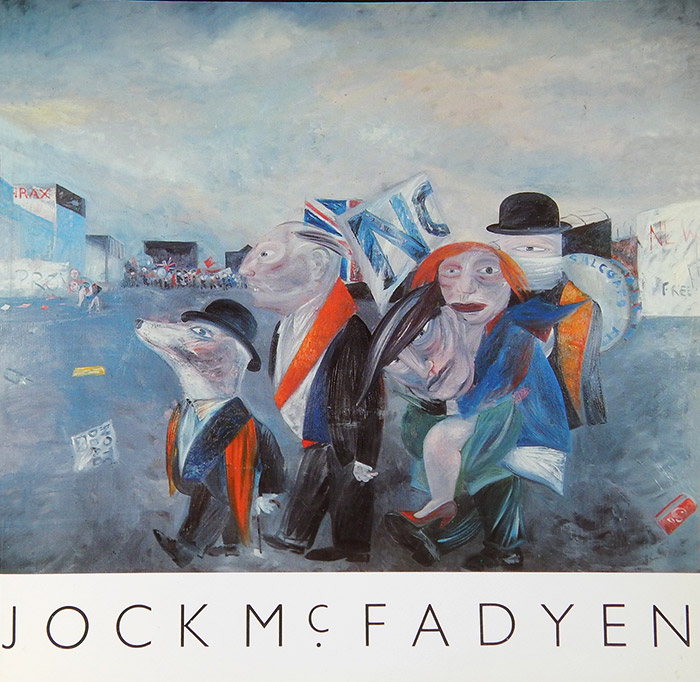 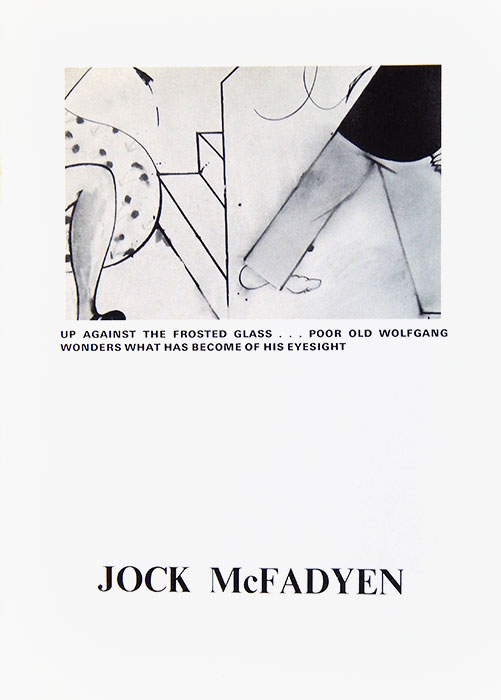